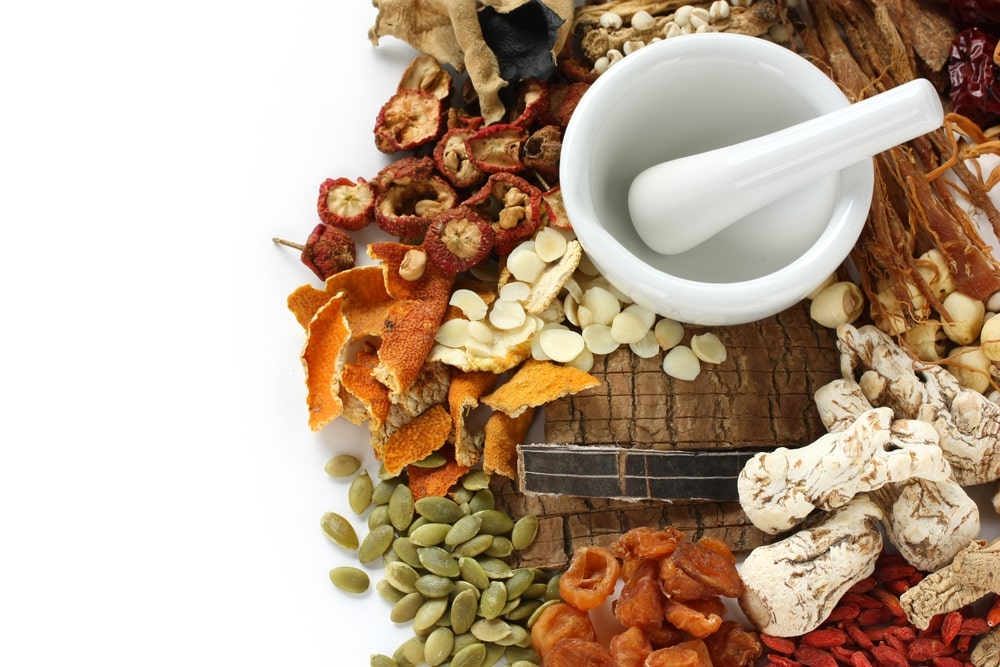 In countries where traditional medicine is popular and widely used, fertility issues are approached by whole system medicine and are rarely treated with acupuncture alone. To fit current research models, researchers often resort to a single intervention in a carefully controlled experimental world, but this is an unfortunate price to pay.

Traditional Asian pharmaceuticals were discovered by trial and error, on the basis of what made the patient better as a whole. This trial-and-error approach to the development of therapeutics has been inefficient and has taken centuries to establish but it is paradigm blind.

Herbal medicine has been developed as a principal measure for women’s health issues and still remains as the first-line treatment for fertility enhancement for both men and women.

If you have fertility problems related to egg production and/or egg quality issues or the loss of organ reserve and energy production problems which are diagnosed as Diminished Ovarian Reserve (DOR), Premature Ovarian Failure (POF), or metabolic disorders such as PCOS, a custom-formulated herbal medication will be indicated as part of the treatment plan.

Many females over age 37 or who have been exposed to synthetic hormones long period would benefit angiogenic (vascular formation) pathway support using specialized herbal formulations. Angiogenesis is a critical factor in reproduction acting independently from the hormonal control of Hypothalamus-Pituitary-Ovarian axis. It has been repeatedly demonstrated that part of the underlying mechanism of action of herbal medicine for female reproductive diseases is explained by control of angiogenesis. Angiogenic pathway support is strongly indicated in cases of implantation failure due to thin uterine lining problems arising from Clomid use or IVF controlled ovarian hyperstimulation.

The role of Angiogenesis in Reproduction

K Ried’s team performed a systematic review in 2011 looking at the use of Chinese herbal medicine in infertility treatment. They identified eight randomised controlled trials (RCTs), 13 cohort studies, three case series, and six case studies involving 1851 women suffering from infertility. Meta-analysis of the RCTs suggested a 3.5 greater likelihood of achieving pregnancy with Chinese Herbal Medicine therapy over a four-month period compared with Western drug (clomiphene) therapy alone. They suggested that the management of female infertility with Chinese Herbal Medicine could improve pregnancy rates two-fold. They also found that assessment of the quality of the menstrual cycle, integral to TCM diagnosis, appears to be fundamental to the successful treatment of female infertility.

Efficacy of Traditional Chinese Herbal Medicine in the management of female infertility: a systematic review.

The same group published an updated review of the same topic in 2015, where they collected data from 40 RCTs involving 4247 women suffering from infertility into a systematic review. In this study meta-analysis suggested a 1.74 higher probability of achieving pregnancy with CHM therapy than with Western therapy alone. In addition, the authors concluded that fertility indicators such as ovulation rates, cervical mucus scores, biphasic basal body temperatures, and appropriate thickness of the endometrial linings are positively influenced by CHM therapy, indicating an ameliorating physiological effect for a viable pregnancy. 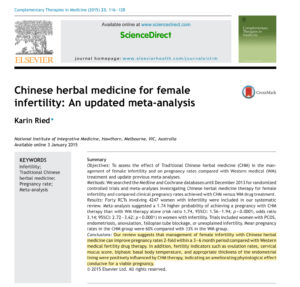 There are many studies which aim to elucidate the mechanism of Chinese Herbal Medicine in the treatment of conditions frequently associated with infertility. The following are some of the underlying mechanisms associated with the efficacy of herbal medicine treatment.

Chinese herbal medicine for the treatment of recurrent miscarriage: a systematic review of randomized clinical trials

S Luo (2003) Study of Mechanism on Zhuyun No3 in preventing and treating spontaneous abortion. Chinese Journal of integrated traditional and western medicine 23(7): 522-525.

This website uses cookies to improve your experience while you navigate through the website. Out of these cookies, the cookies that are categorized as necessary are stored on your browser as they are essential for the working of basic functionalities of the website. We also use third-party cookies that help us analyze and understand how you use this website. These cookies will be stored in your browser only with your consent. You also have the option to opt-out of these cookies. But opting out of some of these cookies may have an effect on your browsing experience.
Necessary Always Enabled
Necessary cookies are absolutely essential for the website to function properly. This category only includes cookies that ensures basic functionalities and security features of the website. These cookies do not store any personal information.
Non-necessary
Any cookies that may not be particularly necessary for the website to function and is used specifically to collect user personal data via analytics, ads, other embedded contents are termed as non-necessary cookies. It is mandatory to procure user consent prior to running these cookies on your website.
SAVE & ACCEPT
Shopping cart
There are no products in the cart!
0